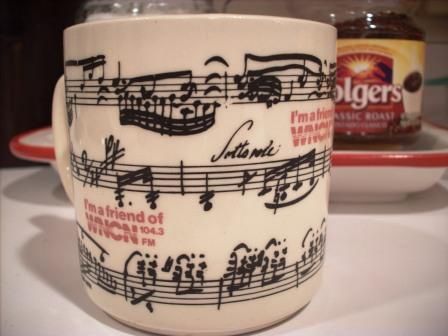 The WNCN saga is one of the great stories in broadcasting. Grab a cup of  coffee and relive the almost forty-year long saga of America's greatest  classical music station.

WNCN first signed on in 1956 as part of the Concert Network which  originated at WBCN in Boston owned by Mitch Hastings. Other stations in  the network included WHCN, Hartford, CT, WRCN, Riverhead, NY, WXCN,  Providence, and of course, WNCN.

Because New York was effectively the country's cultural capital WNCN soon stopped  relaying music programs from Boston (continuing with newscasts,  however), and started originating its own programs.

Gordon Spencer, whose announcing/hosting career at WNCN spanned several  decades has written about his experiences at the very onset of WNCN in  the fifties.

One of the early Music Directors was Albert Fuller the renowned  harpsichordist, followed by Brit Maurice Essam, and then David Dubal who  guided the music playlist for over two decades.

The station went through several  ownership changes, but the on-air  "sound" was surprisingly consistent, largely because the core group  remained the same. There was no effort to appeal to a larger audience since WQXR had locked up that market  thanks to its ownership by The New York Times.  In the 60s, the station's on-air slogan was "Fulltime for Fine Music" although during the Essam years it was expressed as "Fulltime for  Mozart" by the station staff.

For about a year while under the ownership of  Starr Broadcasting it became WQIV, a rock station.  However, two  listener groups "The WNCN Listener' Guild" and "Classical Radio for  Connecticut" were quickly formed and mounted a legal challenge which led  to a stay of the scheduled change by the US Supreme Court. However, on  appeal, the station was allowed to become WQIV. A number of simultaneous  issues were in play, including  SEC censures against Starr Broadcasting  which resulted in a seven figure fine, and disciplinary actions against  certain principals. The WNCN Listeners' Guild case is still studied in  Communications Law courses. (A page of links to articles regarding the WNCN fight is in preparation)

The WNCN/WQIV saga came to a head when a Chicago  group headed by William Benton (who owned the Encyclopedia Brittanica)  formed Concert Radio, Inc. along with principals from WFMT (the Chicago  Fine Arts station)  and  challenged WNCN's license at renewal. To avoid a  competitive hearing at the FCC, which would be lengthy, expensive and  time consuming, and with a questionable outcome, the situation forced  Starr to accept an offer engineered by the Listener's Guild, for GAF  Broadcasting to buy WNCN at a fire-sale price of around $3 million.